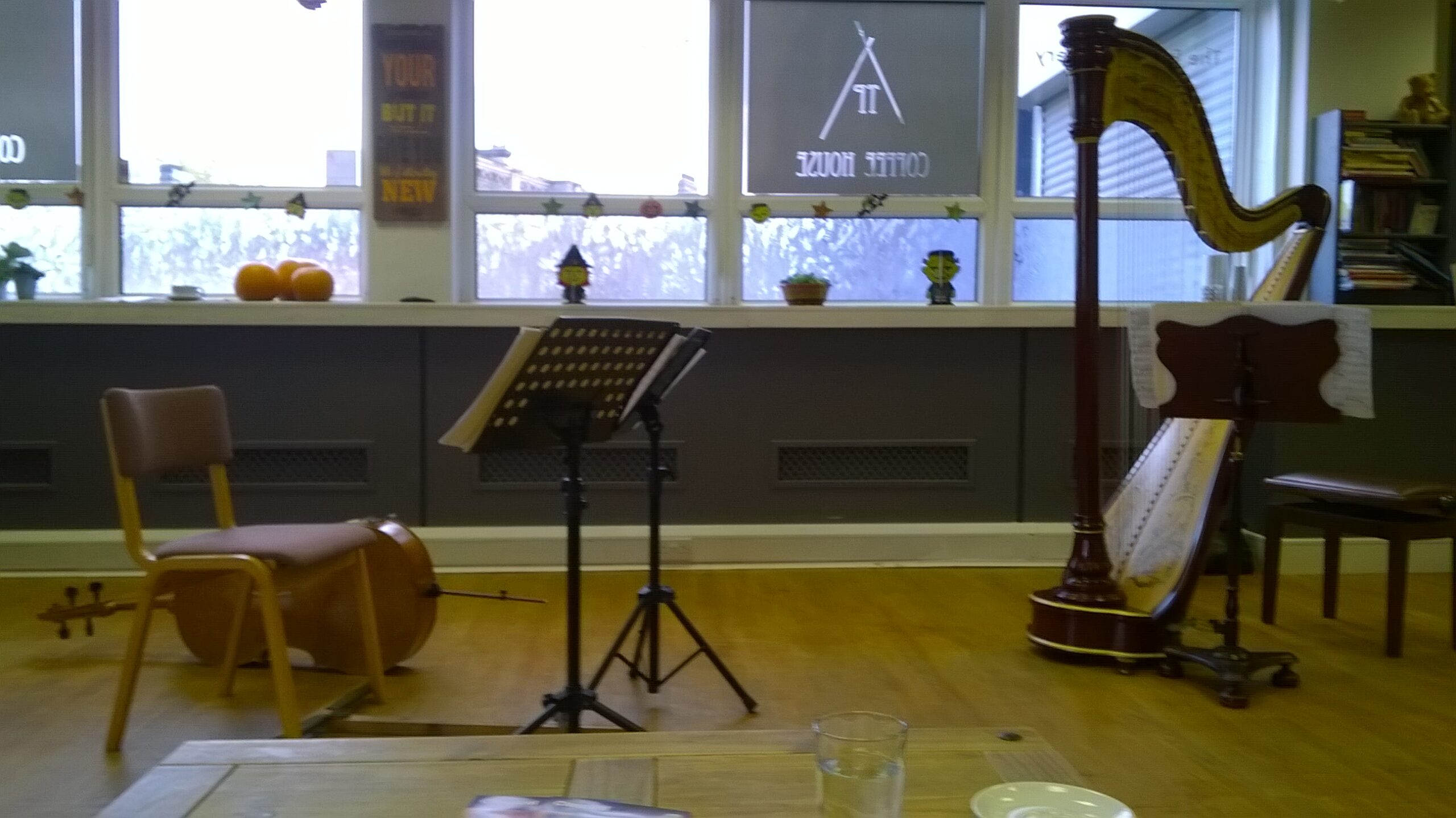 A pair of Swans in their very different habitats, a poignant spiritual journey, a short autumnal walk in Paris, an intriguing discourse and a taste of Spanish sunshine.

A keen musician from a young age, Jeremy attained grade 8 in piano and cello aged 14, won Darlington/Northallerton Rotary Young Musician Award in 1997, an ATCL Piano Performance Diploma and numerous first prizes in all the local music festivals. He gained his BSc in Chemistry at London’s Imperial College and won the Ash Music Scholarship for cello lessons from the Royal College of Music. He returned to Great Ayton in 2004, teaching cello, piano and bass guitar privately and in the Macmillan Academy, and is Principal Cellist of Cleveland Philharmonic and Cleveland Chamber Orchestras. He is also passionate about singing and began his conducting career with the Angrove Singers in 2005, becoming Musical Director of youth theatre group Crash Bang Wallop in 2006.  During the pandemic he has organised and edited virtual choir concerts featuring Stokesley Choral Society, Angrove Singers and Vox Choir.

Sarah was a pupil of Anita Aslin and Frank Sternefeld before studying with Eira Lynn Jones at the Royal Northern College of Music, graduating with BMus (Hons).  At the RNCM she was awarded the Dianne Bolton Prize for Salon Music and performed at Wigmore Hall, Montepulciano (Cantiere Internazionale d’Arte), Natural History Museum and Baltic Art Gallery (RNCM Harp Ensemble) and Covent Garden (HRH Prince Charles’ 60th Birthday concert).  Based in her hometown of Saltburn, Sarah now has an eclectic freelance career, ranging from playing for weddings and orchestral work to playing in care homes and teaching both privately and at Yarm School.  She has also released two solo recordings: Follow the Star and Butterflies.