Playing it forward: How setting up a music charity helped us heal

When my brother Nick was killed in the 2015 terror attack at the Bataclan theatre in Paris it would have seemed impossible to comprehend in the dark days that followed that we would, at some point in the future, be celebrating the 5th birthday of the music trust established in his name and yet this November, the Nick Alexander Memorial Trust will be doing just that.

Nick had worked in the live music industry for for over 15 years, touring the world selling merchandise for artists such as Scissor Sisters, The Black Keys, Enrique Iglesias, Panic At The Disco and Linkin Park, and was on his second European tour with Eagles of Death Metal when terrorists stormed their Paris show taking the lives of 89 concert-goers, who’s average age was just 33.

In the days and weeks that followed we waded through hundreds of messages of love and sympathy sent from all over the world. From people that Nick had met at the merch desk, artists he had worked with and complete strangers, right through to an obituary in Rolling Stone. The attack had stunned everyone in the music community and the feeling of defiance and love was tangible. We wanted to do something lasting that that would harness that momentum and positive energy before it dissipated and the world moved on.

It took some months for the initial strands of the idea of a charity in his memory to slowly weave together to form the idea of the memorial trust. We knew we wanted to somehow capture Nick’s passion for live music with his love of people. His daily interactions with countless music fans on tour were a huge part of his job and the fact that he had stayed in so many people’s memories from one or two meeting was testament to that. Despite being lucky enough to work in the industry, he was a music fan first and foremost and never forgot how it felt to be on the other side of the desk.

After some research into organisations already operating in that space we saw an opportunity to establish a grant-giving trust specifically to fund musical instruments and equipment for community projects and small charities across the UK, and The Nick Alexander Memorial Trust became a registered charity a nail-biting eleven days before our first fundraising gig, A Peaceful Noise, at a sold out Shepherd’s Bush Empire.

With the premise that if we changed just one life for the better in Nick’s memory then that would be a legacy to be proud of, we were thrilled to receive our first grant application a couple of months later, requesting ukuleles for a school in a deprived area so their children were able to access music lessons where they ordinarily wouldn’t have that opportunity.

Since then I am proud to say that we have provided grants for over 15 music projects across the UK, ranging from providing instruments for music therapy for dementia patients, refurbing the music studio at a centre for homeless young people, providing a sound desk for a mentoring scheme at a community radio station, funding percussion kit bags for one to one music therapy for people with complex physical and learning disabilities, providing countless people with an expressive outlet through the joy of making music that otherwise would not have been available to them.

As a small charity, the majority of who’s income has previously come from fundraising at live events, we have been lucky enough to survive the last year through a balance of low overheads and the generosity of our supporters, and have been able to provide grants for music projects who needed to adapt dynamically to the ongoing challenges, providing technology to allow people to continue to make music together.

This year more than ever initiatives such as Make Music Day are vital in bringing people together and providing a collective experience of connecting, processing and healing, through music.

For us, the trust has served a further, more cathartic process in that it allowed us to reclaim control of Nick’s memory. Nick was about so much more than the terror attack victim that he became that night and we, his family, would decide how his story ended and it would be a legacy of positivity and hope, not darkness and victimhood.

This was captured never more perfectly when our patron, the musician Frank Turner, debuted the Nick Alexander Stage as the second stage at his Lost Evenings Festival at London’s Roundhouse. The stage hosted a wealth of up and coming grassroots talent across the weekend and standing behind a group of gig-goers detailing who they were going to watch on the Nick Alexander Stage that day, with no idea who Nick was, was a surreal and special moment. There was no sadness or tragedy – right then Nick’s name was simply associated with incredible emerging musical talent in one of the greatest rock and roll legacy venues in London. And that’s just how he would have wanted it. 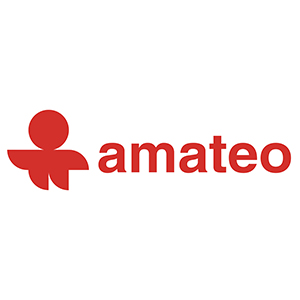